It is the preeminent Swadeshi bank instituted on April 12, 1895, in Lahore. PNB was Nationalize Bank in 1969 and is headquartered in Delhi. It is a state-owned corporation bank that started its operations with Rs 2 lac and working capital of Rs.20,000.

They render several financial services such as savings and current accounts, all types of loans, debit and credit cards, Investment, trading, and much more. They have a customer base of 180 million customers, 10910 branches, and more than 13000 ATMs across the nation.

This bank was incorporated on August 15, 1907, and it serves customers as a government bank in India. It is headquartered in Chennai, and its current CEO is Padmaja Chunduru. Indian bank has two subsidiary companies: IndBank Housing Ltd and IndBank Merchant Banking Services Ltd Nationalize Bank.

They are serving more than 100 million customers and have 20924 employees. Indian bank has more than 6000 branches and 5428 ATMs spread across the country. They offer various banking services to their customers such as debit and credit cards, net banking, loans, deposit accounts, Investment, and more.

This bank is usually called SBI, and it was known as the Imperial Bank of India. Later it was renamed and Nationalize Bank on July 1, 1955, and the name changed to State Bank of India. This is the largest public-sector bank in India, with a 1/4th share in the total deposits and loans markets.

This bank was made after the merger of two Bank of Calcutta and the Bank of Bombay. They have a history of 200 years with 209567 employees. SBI has 22141 branches and 58555 ATMs nationwide.

It is an Indian state-owned International banking and money services bank. They are headquartered in Vadodara, Gujarat. This bank was founded during pre-independence days in 1908. Later it was Nationalize Bank in 1969 by the government of India. They are the second biggest Indian bank based on total assets.

Their significant services are personal banking, business banking, online banking, corporate banking, all types of loans and investment services, and more. Bank of Baroda serves more than 132 million customers and has 8230 total branches and 13400 ATMs spread across the country.

It was established on September 7, 1906, by a group of businessmen in Mumbai. It was Nationalize Bank in 1969 with other 13 banks. They have more than 5100 branches and around 3418 ATMs spread across the breadth and length of India. They are headquartered in Mumbai.

Bank of India started with a paid-up capital of Rs 5 million, and today it has become one of the reputed Nationalize Bank in India. Some of the influential services they give are a deposit account, different loans, Investments, debit and credit cards, mobile and internet banking, and more.

This bank was established in 1906 by Ammembal Subba Rao Pai. Initially, it was called Canara Hindu Permanent Fund, and then later, in 1910, it was renamed Canara Bank Limited. It has recently merged with Syndicate bank, increasing its assets and revenue Nationalize Bank. They are headquartered in Bangalore, Karnataka.

It has 10403 bank branches and 13406 ATMs across the nation. Canara Bank gives employment to more than 90000 people in the country. The significant services they offer are personal banking, credit and debit cards, corporate and NRI banking, bank deposits, loans, Investment, and more.

It was incorporated in 1911 by Sir Sorabji Pochkhanawala. This bank was one financial organization of India that was closely monitored and controlled by Indians. In 1918, the Central bank of India opened its branch in Hyderabad, and later in 1969, it was Nationalize Bank with the other banks, and at that time, it already had 195 units.

To date, it has 4715 bank branches and 5319 ATMs nationwide. In addition, the Central Bank of India played a significant role in building the first Indian exchange bank announced as the Central Exchange Bank of India in around 1936 in London.

On September 16, 1935, this bank was founded in Pune by G. Kale and D.K. Sathe. They have the largest network of branches in Maharashtra and have more than 15 million customers globally Nationalize Bank. As of December 2020, they had a total business of Rs. 2,66,000 Lakh Crore.

This bank was incorporated on February 10, 1937, by Thiru M. Chidambaram Chettiar. The major objective behind setting up this bank was to promote foreign exchange operations and increase foreign banking transactions. They have more than 3700 bank branches and 728 ATMs spread across the country.

They are headquartered in Chennai. They have bank branches in India and a few branches overseas as well in Seoul, Colombo, Bangkok, and Singapore Nationalize Bank. Indian Overseas Bank has representative offices in Dubai, Guangzhou, and Vietnam. They grant various bank services such as deposit accounts, general banking, and financial services such as deposit schemes, remittances, trade finance, different loans, etc.

It was founded by Bhai Vir Singh, Sir Sunder Singh Majitha, and Sardar Tarlochan Singh on June 24, 1908. The main motive behind opening this bank was to uplift the poor land. In addition, they wanted to support the weaker section of society to help increase their standard of living.

They have a total of 1554 branches in India and 623 bank branches that are located in Punjab itself. They are headquartered in Delhi and were Nationalize Bank in 1980. The major services are deposits, personal banking, retail banking, investments, corporate banking, internet banking, mobile banking, and more.

This bank was incorporated in 1943 by Ghanshyam Das Birla. Initially, it was called United Commercial Bank, but its name changed to UCO Bank a couple of years back. They are headquartered in BTM Sarani, Kolkata. They have over 4000 service units and 49 zonal offices all over India. UCO Bank also operates in Singapore and Hong Kong.

In total, they have 2100 ATMs and have more than 22000 employees working for them. The major financial services they offer are consumer banking, corporate banking, finance, insurance, investment banking, mortgage loans, private banking, wealth management, etc.

It was established in 1907 and was Nationalize Bank in 1969 with the other banks. It was inaugurated by Mahatma Gandhi and had more than 60% government cut in it. When India got freedom from Britishers, this bank had four branches, three in Mumbai and one in Saurashtra.

It has more than 4000 bank branches and 4411 ATMs spread across the country. Recently in 2021, it merged with Andhra Bank and Corporation Bank, which has also increased its assets and profit. They provide corporate banking, finance and insurance, investment banking, mortgage loans, private banking, wealth management, and more.

Also Read: How To Get Loan From INDLoan Loan App: Instant Loan Apply Online In India

Digital Trading in the country 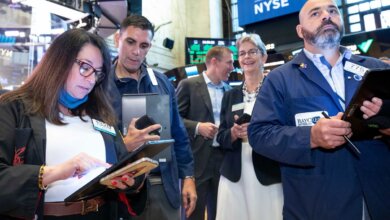 According to Bank of America, the next bull market is just months away, and it may lift the S&P 500 to 6,000 points 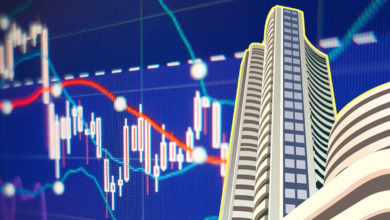 The stocks of Tata Steel, SAIL, and JSW Steel have all fallen. Here are the details

How To Get HDFC Bank Gold Loan 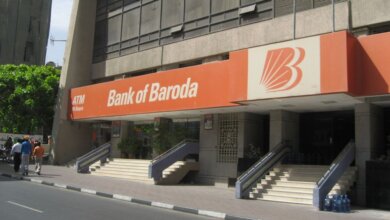 How To Get a Bank of Baroda gold loan