In a white paper published in December 2014, this coin was first introduced to the world as a concept. It was to be a decentralized peer-to-peer encrypted cloud storage platform.

Two years later, an updated white paper was published. Here, a decentralized network — connecting users who need cloud storage space with those with hard drive space to sell — as described. The platform was launched in late 2018.

People with hard drive space and good internet connectivity can participate in the network. They become a unit in the network called a node. Space providers are rewarded with Storj tokens.

Who Are the Founders of Storj?

Shawn Wilkinson founded Storj in May 2014. Wilkinson was a software developer based in Atlanta. He saw how blockchain technology could be leveraged to build a decentralized cloud storage network.

With his co-founder, John Quinn, the first white paper was published in late 2014. Since then, the concept and details have changed. The current version of this coin, V3, was launched in the middle of 2019.

In addition to being a blockchain enthusiast, Quinn has an extensive background in business development. Before founding his projects (including Storj), he had been involved in the investment banking industry. The concept was finally incorporated as a company — Storj Labs Inc., in May 2015.

At the company’s inception, Wilkinson served as CEO. Later, he stepped down for a more experienced hand to take the wheel, with Ben Golub currently serving as CEO. Wilkinson is now the chief strategy officer (CSO), while Quinn serves as the chief revenue officer (CSO) and a company board member.

The platform raised 910 bitcoin worth about $460,000 in 2014 in a public crowd-sale. They raised $3 million in a seed funding round three years later and then held a token sale, generating an additional $30 million that same year.

As a decentralized cloud storage network, Storj is unique in more ways than one. For one, unlike traditional cloud storage solutions that store data in huge data centers, this coin runs on a network of thousands of independent computers.

Anyone with a few extra terabytes of space can become a node on the platform by installing Tardigrade. All that is required is a strong and consistent internet connection.

The efficiency of the network means that hosts pay far less for their data storage than when employing traditional cloud storage services.

How Many Storj Coins Are There in Circulation?

About 500 million $Storj tokens were initially minted on the Ethereum blockchain. After Storj Labs hosted a token sale, 75 million of these were burned. So now, the total number of tokens in circulation is just below 425 million.

How Is the Storj Network Secured?

Storj Labs Inc. uses its Tardigrade software installed on node computers to create and secure user data. This network of anonymous nodes removes the need to trust cloud storage service providers to secure the privacy of our data.

The system is also peer-to-peer encrypted, meaning each file is encrypted before being dispersed to the network of independent hosts. As a result, each node only receives a random fragment of a whole file with decryption keys split among each node and the host, making it almost impossible to hack.

Node operators get rewarded for hosting data and randomly confirming the safety and retention of the hosted files in a process known in the crypto world as mining (PoW). This coin is used for this purpose. Individuals or organizations who want to store their data on the network provide the Storj tokens paid to nodes.

This system ensures user data is protected against hacks and malicious attacks. It also removes the risk of storing data in a few isolated data storage units — which can be subject to a planned, coordinated attack, leading to mass loss of user data.

Where Can You Buy Storj Coins?

As one of the earliest blockchain solutions, Storj’s token has liquidity. Over fifty exchange platforms have $Storj listed in pairs with other major currencies and cryptocurrencies, including Coinbase Exchange, Crypto.com, and Binance. You can also make a direct conversion of USD and Euro on Kraken.

May saw a decline in retail sales in the UK as living expenses increased. 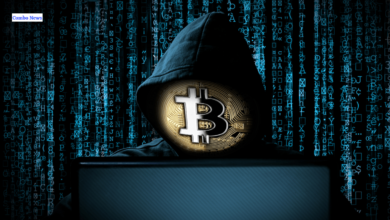