After the corporate results season, the market continued gains for the third week ended June 3, aided by favourable global cues and good updates on monsoon progress.

Technology, capital goods, energy, metals, oil & gas, and real estate companies all helped the volatile market gain about 1%. Banks, electricity, and healthcare companies, on the other hand, were under pressure. The BSE IT, Realty, and Energy indexes rose four to five percent, outperforming every other index.

The market is poised to continue its upswing this week amid volatility and a monetary policy meeting, but anything negative on the global front might ruin the party, according to experts.

“Markets have been recovering for the past three weeks,” said Ajit Mishra, VP of Research at Religare Broking. “However, the move lacks decisiveness due to lingering challenges like global tightening due to inflation, geopolitical tension, and so on.”

With earnings season behind us, he believes the spotlight will shift to the June 6-8 monetary policy review meeting. Markets have already factored in another raise because to persistently high inflation, but Mishra believes the focus will be on commentary as the monsoon improves.

The market analyst believes the Nifty will regain momentum above 16,900, but a breach below 16,400 will reintroduce bears into the picture. Meanwhile, participants should concentrate on sector/stock selection, since markets offer chances on both sides, but cautioned against going too far.

Celo Things You Need To Know Before Investing

Shakira and Gerard Pique, a footballer, have split up after 12 years of marriage

Investment: What Should Investors Do Now As Maruti Suzuki’s Q3 Profit Soars 130%?

The Stock Market: What Is It and How Does It Operate? 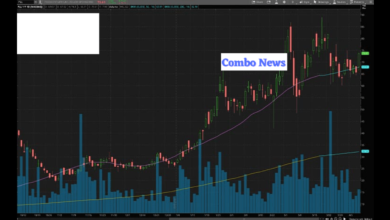