The CEO of Meta, Mark Zuckerberg, saw a 51% decline in his net worth this year, dropping him from third to 22nd place on Forbes’ list of the world’s wealthiest people. Zuckerberg was formerly the third richest person in the world.

Just one month before introducing Meta and changing the company’s name from Facebook Inc., Zuckerberg had a staggering $142 billion in September 2021. Since then, the computer titan’s fortunes have declined mainly; according to the Bloomberg Billionaires Index, his net worth is estimated to be around $55.9 billion this week.

That indicates that Zuckerberg’s value has decreased by more than $71 million in the past year alone. Most of Zuck’s wealth is invested in Meta’s stock, which has lost nearly 60% of its worth over the same period.

Just a few months after the relaunch, in February, Zuckerberg disclosed that Facebook had experienced its first-ever fall in user numbers. It caused an unprecedented decline in the stock price, which also affected the billionaire’s worth. In one of the most significant one-day drops in wealth ever recorded, Zuckerberg’s net worth dropped by an estimated $31 billion in just one day.

Since last fall, when whistleblower Frances Haugen revealed information from confidential business records, Meta—which owns Facebook, Instagram, WhatsApp, and Oculus—has also been embroiled in scandal. She levelled many complaints against the business, claiming that it was aware of studies showing that Instagram was linked to eating problems and suicidal ideation in adolescent girls.

Zuckerberg, the creator of the business formerly known as Facebook, once rated third on Forbes’ Billionaires List, only after Amazon CEO Jeff Bezos and Tesla CEO Elon Musk. With a $276 billion net worth, Musk has remained at the top. Gautam Adani and his family come next, then Bernard Arnault and his family. With a current estimated net worth of $145 billion, Bezos is ranked fourth.

Despite his declining wealth, Zuckerberg still seems optimistic about the metaverse. In his nearly three-hour appearance on The Joe Rogan Experience in August, Zuckerberg reiterated his conviction that the metaverse is the next evolution of the internet by stating that he believed people will likely be “a lot healthier” in it.

“My goal for these next set of platforms, they are going to be more immersive, and hopefully they’ll be more useful—but I don’t necessarily want people to spend more time with computers,” he told Rogan. “I just want the time people spend with screens to improve.”

Without leaving the US 9 luxury expedition hotels you can visit 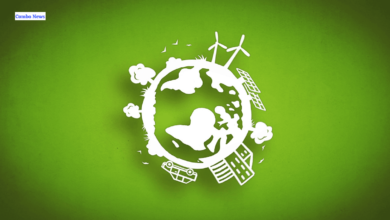