Former India batsman and famous commentator Aakash Chopra has made many predictions regarding cricket matches and players, which have proved to be correct. Aakash Chopra has made another prediction ahead of the Indian Premier League (IPL) 2022 auction. Actually, Akash has claimed that India’s wicket-keeper batsman KL Rahul can become the most expensive player in IPL history. He said that Rahul can get more than Rs 20 crore in the auction.

Ahmedabad and Lucknow are the two new franchises coming into the 15th season in 2022. Let us tell you that a mega auction is to be held before the start of the 15th edition of IPL, in which the eyes of many big players will be on this franchise. Two new teams will enter the field in the coming season and now 10 franchises will fight for the title.

‘If India opener KL Rahul enters the mega auction of IPL and a player’s salary is not fixed in the draft system, he will be the costliest player in the auction. Rahul can be sold for more than 20 crores. Currently, South African all-rounder Chris Morris (16.25 crores) holds the record for being the most expensive player in IPL history.

Everyone knows that Rahul was the captain of Punjab Kings in IPL 2021. He batted fiercely throughout the season but the Punjab team could not reach the last four. There is talk of Rahul separating from the franchise after the end of the season. Whether he will stay with the franchise or try his luck by entering the auctions will be clear in the coming few weeks. By the way, teams will get the option to retain some players before the auction.

And he once again showed his class when his team faced Chennai Super Kings (CSK) on Thursday. Rahul played an unbeaten 98 off just 42 balls, which included seven fours and eight sixes.

All about Asian Champions Trophy 2021 India vs Pakistan 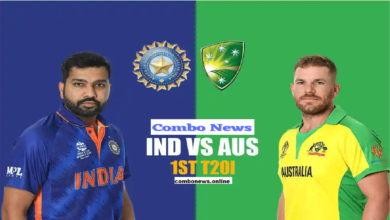